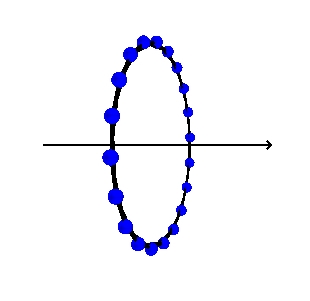 Trapped cold ions as a basis for a frequency standard

Trapped ions have long be considered for frequency standard, first in the micro-wave domain, then in the optical domain. Our group works with calcium ions in the prospect of metrological applications and the expected performances for a single calcium ion optical clock were estimated here. Thanks to a three photon coherent population trapping in calcium-like ions, we were able to propose a THz frequency standard based on these ions. One of our original contribution to ion based frequency metrology is an optical clock based on an ion ring instead of a single ion (or a chain of ion). Laser cooled ions arrange in a ring when they are trapped in a linear multipole trap with steep enough axial confinement (about structural transition to a two ring structure) .

The mechanical equilibrium requirements and systematic shift calculations were led in our group in collaboration with Masatoshi Kajita, from NICT (Tokyo), guest professor of Université de Provence at the begining of this work.