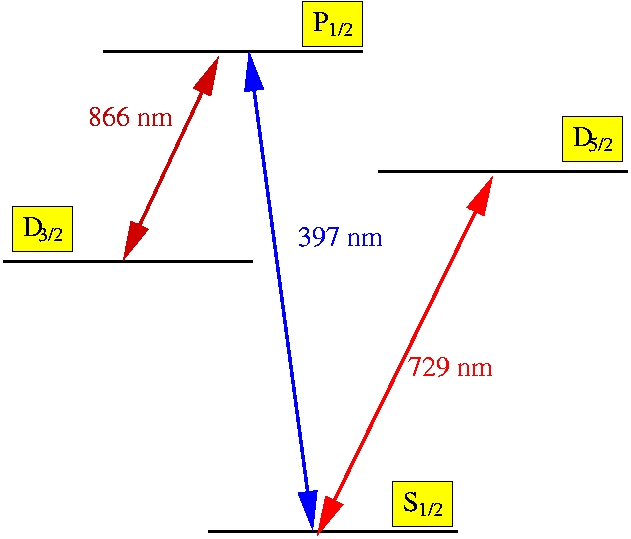 A single laser-cooled trapped ion is a perfect subject to study coherent laser interaction protocols. With two photons, the paradigmatic coherent process is the coherent population trapping (CPT), which can be observed by a dark resonance in the fluoescence spectra. We have used the coherence loss induced by Doppler effect to quantify the excess micromotion of a single ion (here). The extrapolation of CPT concept to three photon resonance allows the exact cancellation of the first order Doppler effect. Then, interaction protocol derived from CPT can be applied to ion cloud as well as to single ions. These protocols can concern the use of the dark resonance to propose a THz frequency standard (see here) or the use of the CPT to built a STIRAP-like process to coherently transfer the atomic state between the two metastable states of calcium-like ions (see here) 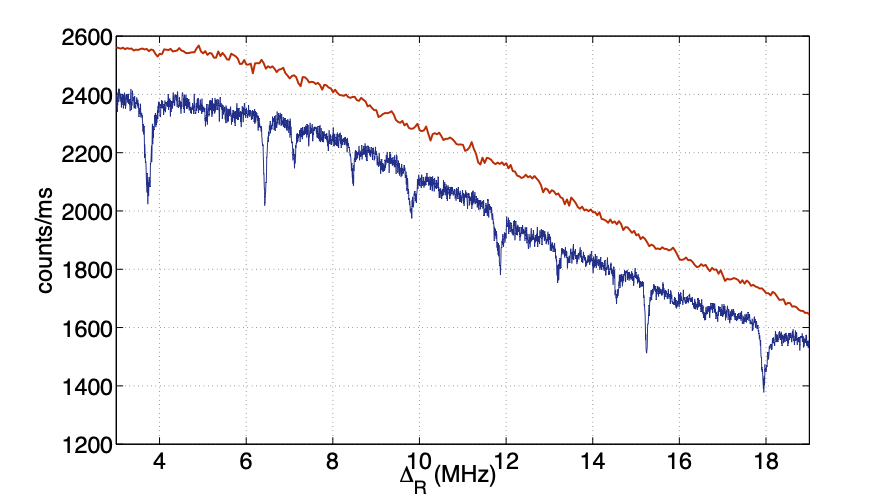 The early work concerning the understansding and the properties of the three-photon dark resonance was made in collaboration with Giovanna Morigi and Juergen Eschner, now in Säarbrucken. The first experimental demonstration of a three-photon dark line observed un the fluoresence of several hyndreds of trapped calciul ions was not totally Doppler-free. Regarding the laser coherence, it relies on the coherence transfer to the three involved lasers through an optical frequency comb.